Home » BEST OF — and other honors

Category Archives: BEST OF — and other honors 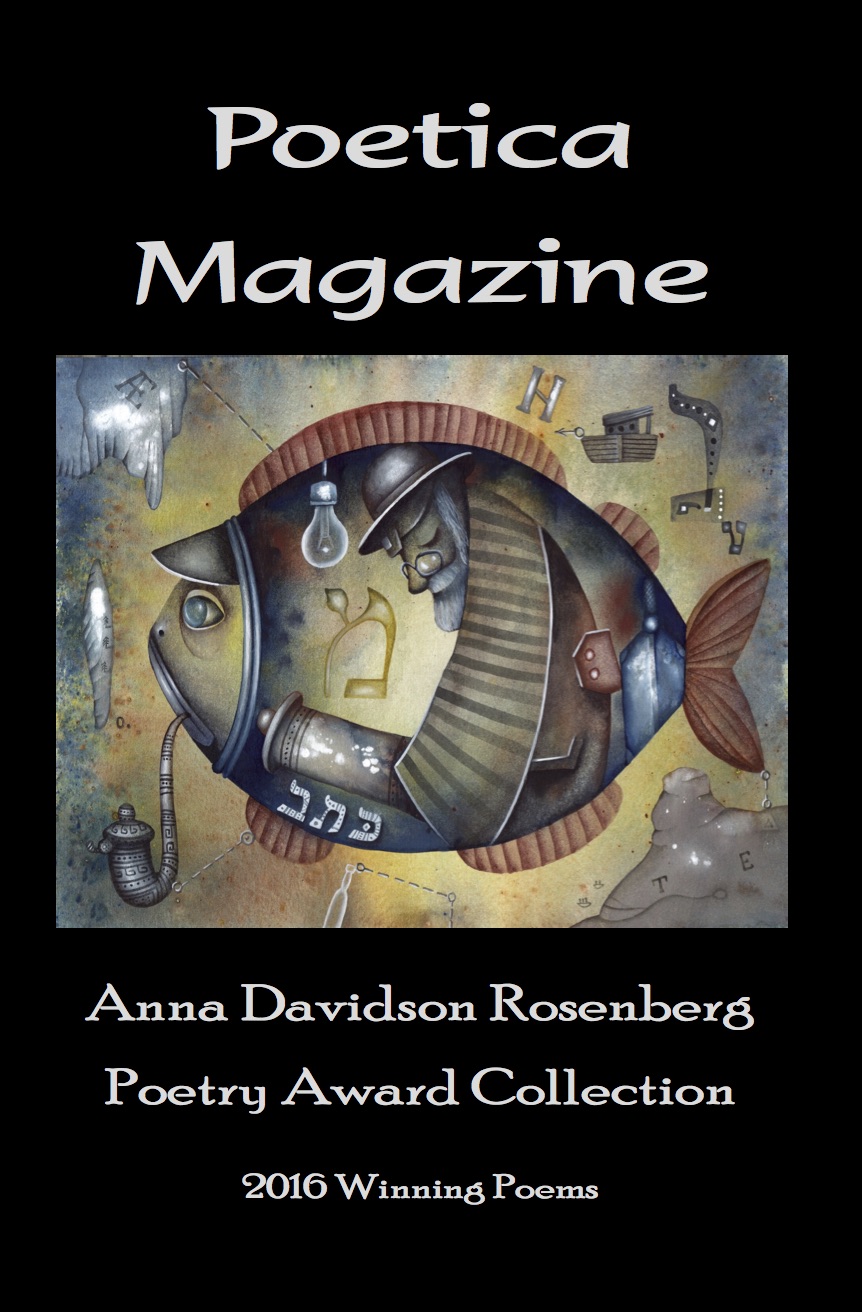 When you enter (Ki tavo)

you see them, living in tents,
their lifetimes’ wages vanished
in a flash of fire. They haul water
from the leaden, asbestos rivers to wash garments,
bathe children and wounds, boil for rice.

Perhaps until now you did not understand chance,
its delicate character. You studied Victorian novels and acne,
holding a mirror to your back.
Decades tumble inward with all their plans and furnishings
you want to say to your young self,
that girl wrapped in reflected light.

Instead, you pass without her noticing
into the displacement camps, into heat-blasted rubble,
into contingencies as they are really lived,
the weight of promise the yoke
that sets you free.

That his seed would become like the stars,
like grains of sand through his son, Isaac,
who cringes still beneath the blade, a means,
he spilled out six sons.
Look, he said, speaking in third person,
come to bed
with your father’s wife, Keturah,
and make your binding as a son,
and raise up seed for your father
in his old age.

It as he who lured me, the patriarch –
acting through a servant –
with bracelets and a nose ring,
with the promise of abundance,
goats and camels.
the promise of flight;
brought me, veiled,
promised me to a weak man, weak as laughter,
forever trusting, forever a tool,
blind to betrayal,
blind to the dark flush of his father’s face;
bought my brother, Laban,
who pats down guests, now, with every embrace,
seeking treasures in the folds of their skin,
gold in their bones,
corrupted by a wedding gift
that came to me –
to be the cutting part.

Now, there is no un-saying what I’ve said,
no un-doing what I’ve done.
My sons are driven,
as their father was driven before them from Beersheba,
one east, the other north.
Their wives are strangers. Strangers.
Alone with the servants and this bleary old man,
who loves too much and will not be consoled,
my father’s generation,
I bend, I fill, I lift, I pour
and long, as ever,
with the longing of a bride
to be away,
to be anywhere else.

During a hiding
game at a back-yard barbeque party,
the summer of my twelfth birthday,
my father and his professor friends
load up on burgers and martinis.
All the neighborhood children are here,
anyone who will play.
They hide themselves under bushes, behind trash cans,
narrow the lines of their shoulders into doorframes
as the darkness grows opaque and the adult laughter rises,
soaring with drink and daring.

I find a hiding spot in short grass and lie down in it,
invisible, glad to see my companions vanish into connecting yards,
hear their voices grow more faint as they call my name
less often.  I flatten my body against the planet,
spread my arms wide, feel it arc under my hands,
hang suspended in gravity, empty,
neither up nor down, a speck of dust in encompassing stars,
a theory of consciousness insubstantial  as an atom.
I am nothing.  Then I open my head and take in the ballooning universe.
Comprehending all, I am all,
sufficient in myself.

Now, at forty-eight, humbled by this lesson that so long ago
I taught myself, I lie awake in insomniac hours
examining my neglect of its message
for specters of petty yearnings.
Desire, my oldest enemy, closes in,
flattening my vision.
A collapsing telescope, it focuses ever less acutely
on the fractures in my lazy and feeble history.

The night after my father’s party I dream the moon is falling.
A radio program tracks its progress loudly as our teachers
herd us toward the bomb shelters.
I duck through queues of children.
I must find my father although I understand
I will not reach him and it does not matter.
The moon plasters the night sky, its landscape pocked
and craggy with experience.
I lie down in a patch of grass to wait out the voice of the newscaster.
It counts seconds one by one until impact.
The truth is no search will bring you closer,
no logic nor patience, no tears.
The decision, as nearly always, is a moral one:
to consent to the terrible and wondrous
laws of leave-taking.

Panel One: The Spider Paintings

Either way, we die, my love.
If I were a painter like Albrecht Durer, or even Andrew Wyeth,
my brush a gentle remove, unlike clumsy hearts and bodies,
I would center my composition upon your injured eye:
the milky blue iris cast up and to the left
in permanent contemplation of some distant paradigm.
I would linger long upon that insurrection of bound blond curls,
the lean, graceful lines, like a dancer’s,
of neck, chest, pelvis. Then I would work the other eye, capturing if I could
its mystery,  its static concentration, its humor:  white moths fluttering in green sunlight.
I would do a series of paintings: you
hunching over your monster comics,
examining the black widow lodged under my mailbox with babies on her back
or pushing a mower – back and forth across my lawn.
It’s the way I would love you if I could affect the necessary distance.
My public would call it my Spider Period:
no private showing  but a parade
of the heart-stopping beauty I see.

Panel Two: In the Gallery

They are nearly the same height, both slim, graceful people, wandering together
barely touching among the mounted photographs, a gallery show of all invertebrates.
Some, like the spiders, are deliberately beautiful.  Others – tangles of tapeworms, maggots
swimming in rice – even given the cool remove of the lens – designed to repel.
He tells her about the animals, and she him the color, the light, the symbol,
but their tilt toward one another of mouths and pelvises is the story.
The props of reason are the lines at the corners of her eyes
separating them by decades, the student ID he carries in a back pocket,
the bonds of expensive rings strangling her left hand.
At home, she remembers his face, the distinct eyes, as she stands naked
before the mirror.  Shadows hide the flaws of her body
and for a moment she can believe she is still beautiful.
She leans toward the glass, looks into her own eyes and whispers,
“Leave that man alone.”

Panel Three: There Be Monsters

But perhaps the story ends another way.
“Only if one of us were a wildebeest could we be breaking more taboos,” she jokes –
a failed blind, for they must cross without artifice, hearts and bodies trembling,
from the known world into this strange landscape.
In his bed among the trees the universe tilts on its weird axis,
and when they drift into sleep gray moths alight in their mingled hair,
larvae trace the lines of their closed eyes
and spiders emerge. They creep in and out of the mouths of the lovers,
their black abdomens lit with showers of stars,
while worms explore beneath the skin, visible descriptions of back and forth slithering.